← more from
Ramp Local
Get fresh music recommendations delivered to your inbox every Friday.
We've updated our Terms of Use. You can review the changes here. 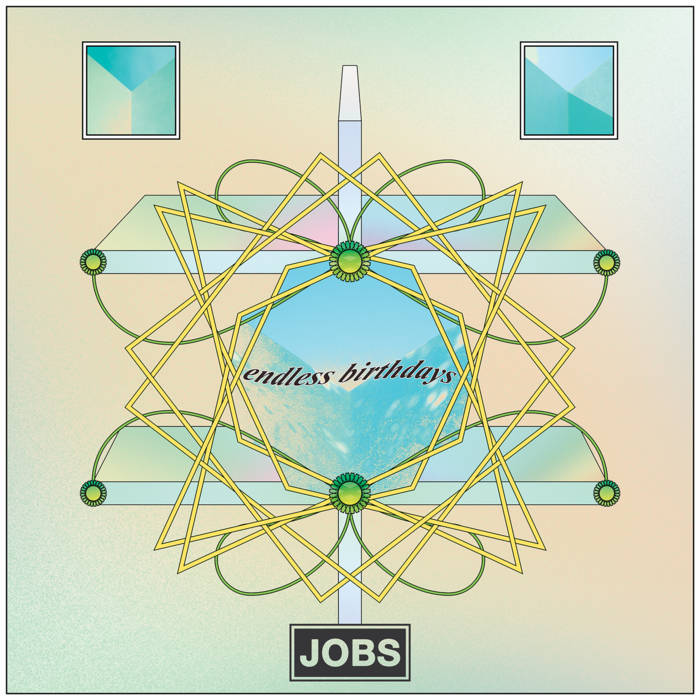 loganhone Holy smokes, this is seriously cool music. I love the sloppy group chanting. The viola is 👌 throughout. And all the strange electronic sounds — screeches and scratches, rumbles and tumbles. Awesome. The mix is absolute ear candy 🍭. Really sounds like a band to me, collective creativity, which is refreshing and inspiring. Bravo JOBS!

“Make the bizarre and uncomfortable accessible, and make the accessible bizarre.”

That's bassist Robert Lundberg's accurate summary of the U.S. band JOBS' modus operandi. Rare is the contemporary act who so adroitly keeps the listener off-balance yet riveted with each surprising stylistic pivot and perverse strategy.

The sonic diversity derives from JOBS' differing writing approaches: some largely solo efforts, others an amalgam of various members' input. “I was listening/thinking about electric Miles Davis during this time,” Scanlon says. “I was very curious about these records... As a result, the initial roughs for most of these songs were twice as long as what they are now. There were originally long stretches of groove.”

Time limitations and band members' geographical distance contributed to endless birthdays' unusual energy, which Jaffe considers an asset. He also attributes the sonic diversity of the record to the absence of cymbals and the presence of Sensory Percussion, which he used to forge beats that toggle between the metronomic and the discombobulated. Jaffe notes that the sounds are “drawn from the ASMR video genre, from public television, from electronic impulses that are happening around us all the time but that are normally not given much attention.”

Album opener “A Toast” instantly thrusts you into JOBS' hybridized ecosphere with contorted techno laced with Morse code synth bleeps and Robert Fripp-on-acid guitar calligraphy. The line, “Together this cosmological display demonstrates our collective subversiveness,” means that “to resonate socially can be subversive, in that it encourages a social action,” according to Scanlon, the group's primary lyricist. “Striped Cotton Blanket” exemplifies JOBS' whiplash dynamics. A warped foghorn dirge from Pavone's viola accompanies Scanlon's desolate vocals before the band shifts into urgent sprechstimme while hummingbird-beak percussion and ominous low-frequency rumble ensue. The instrumental chaos increases with savage glitches and strident feedback from Dieterich in this song about... having a child; the titular blanket being that which hospitals give to every baby. “Opulent Fields” is JOBS' stab at radio-friendliness—a deeply emotive art song of mid-'80s, Scritti Politti-like tenderness with a metronomic, pumping rhythm and insistent guitar strumming. The twist? It's about how Americans accept gun violence; “opulent fields” refers to one's personal value.

The album's lone instrumental, “Planned Humans,” offers Squarepusher-esque beat convolutions, as every sound—including Lugerner's sax—is distorted into a horrific hyperreality. Whatever signifiers we usually recognize as “human” seem to be eradicated. And the result is eerily, singularly beautiful. “3 Being 2” sounds like a new strain of krautrock, with swift motorik beats and conventional romantic vocals evincing Autobahn cruising. But eventually Pireh's scalding guitar solo obliterates everything in its path, conjuring flashbacks of '60s psych-rock frenzy. It's a love song that sounds like an apocalypse—as well as the surprise ending to an album that subverts at every turn.

Jaffe elaborates on that point. “To me, subversion looks a lot more like a pop music that hasn't been scrubbed clean or is otherwise distorted or refracted. In our hyper-corporate environment, the thing to rebel against and the material with which to do it are increasingly becoming one and the same.” Ultimately, Lundberg asserts, JOBS strive to take listeners “to unexpected and at times uncomfortable places.” That they do with uniquely fascinating results on endless birthdays.

Oakland producer Mejiwahn chats about his breezy and transportive LP.